There are four creatively guided tours programmed within the educational program.

Classic Athens (1 day)
Starting from the rock of Acropolis and the Parthenon, we will visit the ancient Agora, the modern Museum of Acropolis, the Temple of Zeus, the Odeon of Herodes Atticus and we will continue to the Temple of Poseidon in Cape Sunion.

Olympia, Epidaurus, Mycenae (1 day)
A visit to the palace of King Agamemnon will be followed by the Theater of Epidaurus and the Tholos of Asclepius. In Olympia we will see the Hermes of Praxiteles and the stadium where the Olympic spirit was born.

Delphi (1 day)
A tribute to the Temple of Phoebus Apollo, the God of light and the sun, truth and prophecy, healing, music and poetry. We will wander around the Oracle where initially the Delphic Sibyl and consequently Pythia for centuries pronounced prophecies respected in all the known world. In the Museum we will see the Omphalos, center of the world and the highly sympolic famous Charioteer.

Marathon & Ramnous (Half day)
Marathon is one of the world famous places and for many good reasons. We will visit the Archeological Museum and the Tomb of the Athenians, the Museum of Marathon race, the remains of the Temple of Nemesis in Ramnous, the Egyptian Temple in Brexiza and conclude with the folk museum 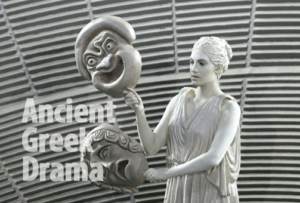